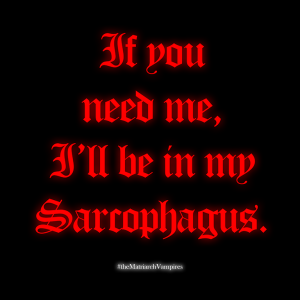 So someone asked this question:

Who would need a psycho-sexual fetish-driven delusional person who believes they are a vampire?

I think this was in response to something I shared about “If you need me, I’ll be in my sarcophagus,” an obvious riff on the “Buffy the Vampire Slayer” Beep-Me meme.

And yet, an individual immediately launched into the notion that anyone saying such a thing came per-loaded with enough baggage to keep a psychiatrist busy for decades.

My first thought was, “Dude, who pissed in your cornflakes?!”

Look… I didn’t ask for this. I’m probably as vanilla as thinkable in the bedroom (good God, I dated the same guy in high school and college) and I never eat where I sleep. Fetish? I like red — poppy red, to be exact. I own one little black dress which I’ve worn exactly twice. Okay fine: I sleep naked, but that’s because it feels safe and comfortable inside my stone box and it’s also NONE OF YOUR BUSINESS.

Be thankful you don’t feel like death-warmed-over during the daytime, and no, it isn’t one of those “destroyed by sunlight” things. Half-truths and a lack of understanding have kept Vampires safe from non-believers for centuries, but listening to judgmental little shits over social media is more than a little annoying.

Fortunately, I don’t have to do a thing about it. You’ll keep getting older — I won’t.

Tiiiiiiiiiime, is on my side… yes it is!

But thanks for the writing prompt. You do you. 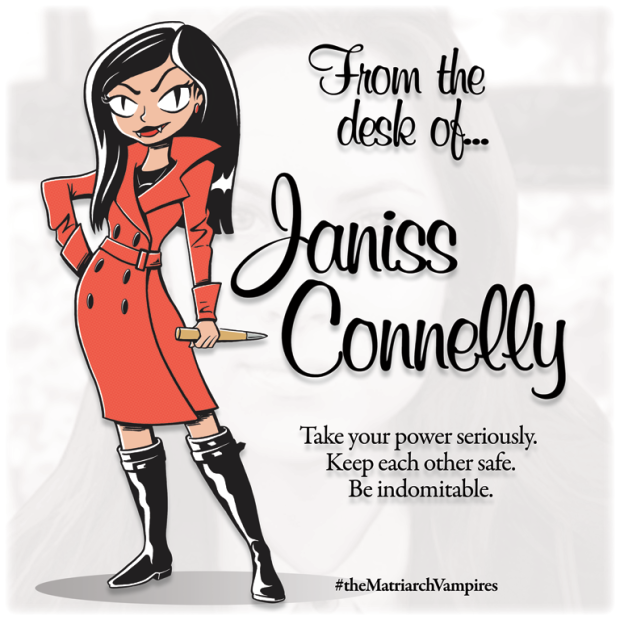