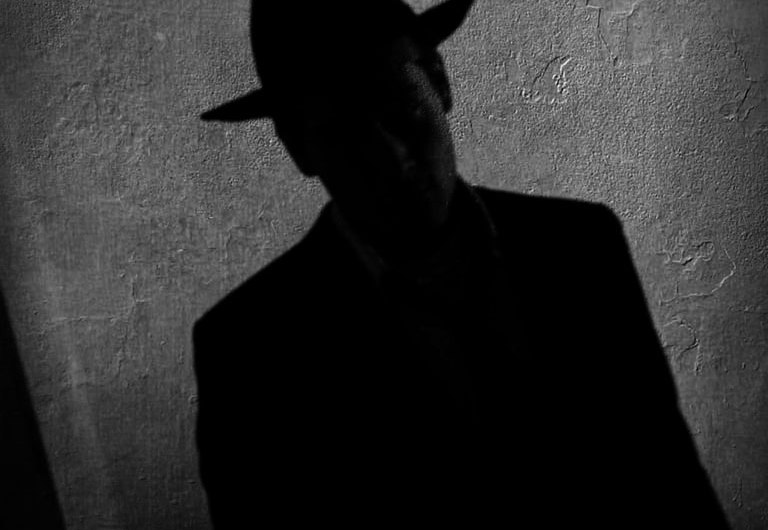 A Matriarch Vampires short story by Kevin A. Ranson

Under the cover of night, Mr. Chamberlain exited into the hallway. He pulled the door closed, adjusted his black Borsalino fedora, and met the eyes of a young man in a dark suit. “What’s your name?” he asked, being polite.

It was too warm and too humid in Florida for Mr. Chamberlain to be wearing his classic-style London Fog trench coat, especially so close to the ocean. He knew how it made him look: like a throwback to the Cold War. That seemed fitting somehow in light of being smuggled into a country club to assess a so-called “potential situation.”

After a few turns and easily passing a dozen other men in suits with radios, Jimmy opened the door to another room at the Palm Beach estate. Before Mr. Chamberlain could enter, Jimmy took a step to intercept him.

“Is there anything you need, sir?”

Jimmy looked strong and able but still the youngest staffer he’d seen on site; it was also clear he had been briefed. “Are you offering me a drink?”

There was an uncomfortable pause. “If required.”

“You’re no dingbat, are you?” Mr. Chamberlain grinned, intentionally flashing a fang.

“Stop harassing the kid and get your ass in here,” a gruff voice commanded.

Mr. Chamberlain gave Jimmy a polite nod and entered, hearing the door close behind him. Every corner and edge of the room looked overpriced, from the pattern fabric and dark wood on the furniture to the intricate molding and textured wallpaper… and everything was some hideous shade of gold or a garish color meant to call attention to it. Soft light came from gaudy chandeliers and hanging fixtures dimmed to the point of most people having to squint to see.

Fortunately, he wasn’t most people. “This looks like the bathroom of a Saudi prince. Who on this side of the Atlantic decorates like this?”

“Glad you could make it, Neil.”

“Mister Chamberlain, if you please, General… or do you prefer Mr. Secretary now?”

“I thought we were friends.”

The General nodded. “Fair enough. Did you ask him?”

While the General looked like he was about to spit tacks, Mr. Chamberlain removed his hat and placed it carefully on a cushion — inverted to keep the shape of the brim — before sitting in a chair next to it. He was comfortable and ready to bear the brunt of it by the time the General found his voice again.

“God damn it, this isn’t a joke! I didn’t invite you down to this… this…” He gestured at everything, even the palm trees planted outside the windows.

The General pointed an accusing finger. “You know what’s at stake here more than any living patriot I know.”

“You forget I’m not alive — keep your stakes to yourself.”

“Yada, yada, vampire bullshit! Your job is to compel him to answer one damn question… like every sitting president before him.”

“Except Jack. JFK had a bit of the ancient blood in him.” Blood workers were immune to a vampire’s thrall, although Jack probably had no idea.

“You already know, don’t you?” the General accused, eyeing with suspicion. “What’d he admit to?”

“How many subs do you have off the coast right now? I’m guessing three in the triangle, one in the gulf.”

He took the question personally. “I wouldn’t tell you if the Fourth Fleet was beached in plain sight on the waterfront.”

Mr. Chamberlain smiled at the old Marine. They both loved their country, but like every election when a new commander-in-chief took office, the old guard became nervous. There was nothing new about America’s enemies testing the mettle of an incoming leader, but too many questions about loyalties were coming up.

“I didn’t ask him tonight because I’d already asked him… back in D.C.”

The General sneered. “When?”

“Before the inauguration. You thought a businessman’s son — who made it a point to avoid the draft during Vietnam — willingly surrounded himself with career military personnel? Don’t think about it too hard; just say ‘you’re welcome,’ General.”

The General looked impressed. “You said you didn’t do that sort of thing. I have a list if the gloves are off.”

“Little things aren’t harmful, especially if you can build on what’s already there. Every president needs a soldier’s point of view, especially one with neither military nor political experience.”

Instead of standing tall with intimidation, the soldier-turned-adviser finally sat down. “So what the hell does he want?”

“What all men want: a legacy.”

Grumbling followed. “That doesn’t tell us much.”

Mr. Chamberlain shrugged. “It wasn’t easy getting an answer. He’s a bit all over the place. I’m not sure even he knows or understands that.”

“All we want to know is if he’s in bed with the Kremlin. Why can’t you just ask that?”

“You haven’t been watching the news, have you? You’re talking about a former world superpower that now has a functioning economy smaller than California, New York, and Texas… separately. The problem is, those states don’t control a nuclear arsenal.”

A harrumph escaped the General’s lips. “Well, as I live and breathe: American Dracula got one right.”

Mr. Chamberlain smirked, narrowing his eyes to fixate upon his host. “I’m not a fixer; I’m an assessor. There’s no ‘Vampire Team Six’ that’s going to parachute into Red Square.”

“I figured y’all could fly.” He didn’t smile one bit saying it.

“Your problem is image control. There’s never been a president with a direct line to the citizenry and the willingness to use it. Can you imagine if Tricky Dicky had access to this?”

“I shudder to think.”

Mr. Chamberlain gently smacked the back of his hand against the General’s shoulder. “You can handle this. Let him do his rallying thing and see where it goes. It’s a good distraction, not to mention a catalyst for getting people into politics like never before. The average citizen knows who the press secretary is — by name. Election fatigue historically sets in by now, but people are talking about changing things in two years instead of four, watching carefully to see if their rights are being tread upon. I’ve been meaning to ask, by the way: does the government have a right to your personal digital information in the name of security?”

“Damn right it does,” he answered, walking into the trap.

“‘Those who would give up essential liberty, to purchase a little temporary safety, deserve neither liberty nor safety.'”

“A key on a kite in a thunderstorm seemed a bit subtle. Were you hoping I’d bite someone and make everything easier again?”

The General let out a long sigh. “I’d settle for mass hypnosis to just shut everyone the fuck up.”

“Sadly, that only works in person.” Mr. Chamberlain collected his hat, gave it a once-over, and put it on. “It’s been good seeing you again.”

“Likewise, in spite of being a necessary prick to you.” He wouldn’t apologize for it, of course.

“‘Eternal vigilance is the price of liberty…'”

“A Jefferson quote I can handle.”

“That was Wendell Phillips, and the rest of the quote goes ‘… power is ever stealing from the many to the few.’ He wasn’t talking about foreign powers; he was referring to a leader hardening into a despot while drunk on power. Let’s settle upon ‘we will support and defend the Constitution of the United States against all enemies, foreign and domestic.'”

Mr. Chamberlain stood and took a last look around the tasteless room. “Is a little humility out of the question?”

The General smirked. “Get out before I put you out.”

“The night that ever happens will be an interesting one.”